Duane and Jessica had been dating for nearly 10 years before he proposed to her. They have both been through a lot in their lives before they found each other. They started dating when they were both in the nightlife industry and living the Vegas lifestyle. Now both of them devote their lives to their children. The song that they have together is ‘Bless the broken road.’, which speaks of the past they have had and how it seems time was wasted without each other. Duane had two children who Jessica is helping to raise as her own. Their daughter is a singer and plays the piano, their son is the sporty athlete. One night Jessica came home from work and went upstairs to get ready for the evening. As soon as she came downstairs Kaylee (their daughter) asked Jessica if she could play the song she learned. Jessica said ‘Of course!’ Kaylee played her song and at first, Jessica couldn’t exactly figure out what the song was. Kaylee told her ‘Its Bless the Broken Road!’ So, Jessica asked her to play it again. Duane was in the kitchen and Jalen (their son) was sitting on the couch. Duane says from the kitchen, “Now you make me really want to hear that song!” So, Duane starts playing the real version of ‘Bless the Broken Road’ over the house speaker. Kaylee and Duane start singing along like they always do when there is music on. Jessica is sitting on the other side of the couch enjoying her family. Then out of the blue, Jalen starts singing along. Jalen almost never sings along, especially to slower songs. Once he started singing Jessica thought ‘this is it, he is going to propose.’ Duane went over to Jessica and started singing their song to her. Once the song was over, Duane went back to the kitchen to try to throw Jessica off course, but, he almost immediately went back to her and got on one knee. He told her how much he loves her and how he blessed to find someone that can look past his outlandish behavior and gets all his jokes. He said, ‘Will you marry me?’ and Jessica said ‘Yes!” Duane put the ring that they designed together on Jessica’s hand and they kissed. The kids clapped just like they do in the movies. This was a special intimate proposal, just for their small family.

Duane and Jessica chose April 28, 2018, as their wedding date. Since they got married in Las Vegas they wanted to choose a month that was either right before or right after the extremely hot summers they have in Vegas. They decided on April when the weather would still be a little cool. They wanted the end of the month, so it would start warming up a bit. The last two Saturdays were April 20th and April 28th. They really didn’t want to get married on 4/20, so 4/28 it was. Plus 4 multiplied by 2 is 8 (4/28). And the 8 carries into the year (2018) which is kind of fun. So, the couple decided on 4/28/18.

Duane and Jessica are very devoted to their families. They were both excited to have an event where not only they were uniting, but their families as well. Neither of them wanted to have a ‘cookie cutter’ wedding, and neither of them was happy with the time limits most venues put on their wedding packages. Duane came up with the idea of renting a large property to have the ceremony and reception, then be able to do a family BBQ the next day. They looked at a couple of houses, and none of them really sparked their interest. But, once they saw Mansion Belle Oasis, they knew it was meant for them. They booked the house for about a year in a half early and went back many times to keep taking pictures and measurements. They fell more in love each time they went to look at the house. It was everything they ever dreamed of and had everything they wanted for the ceremony, reception and day after BBQ.  They were right, their wedding day was perfect, and they could not have chosen a better location. “I think that everything we decided on was ‘money well spent.’ But two vendors come to mind, I would say the food we had catered from Pampas. I work at the number 1 rated steakhouse in Las Vegas, so I was concerned about the food as some of my colleagues were going to be at the wedding. But, after the wedding, I heard multiple times that the food was awesome, and they couldn’t get enough! Also, our videographers! I was a little nervous to spend so much on video because there are so many other videography companies with competitive pricing. But, just this morning we received our video trailer. I am incredibly happy with how it turned out, the first thing I said was ‘And that’s why we picked Memory Lane!’” Jessica states. “I think money was well spent on our caterer and dining style. Everyone got to experience what Jessica and I did on our first date. It was nice to see everyone enjoying something that meant so much too much to be a part of what started our relationship. It was nice to watch this all unfolding with Jessica by my side.” Duane remarks.

“All our vendors were so amazing! We have had so many compliments on our DJ Harry O. Our flowers from Wild Meadows Floral were beautiful and are still holding strong, our cake from Andrea’s World of Cakes was raved about by everyone, our photos from LuxLife came back perfect, and of course, Memory Lane has been great! Our make-up and hair stylist was just perfect. Everyone looked and felt so beautiful. We got to know many of these people over the last year and we were so happy to share our special day with all our vendors!” Jessica and Duane say about their vendors at the wedding.

The couple had gone to one of the Bridal Spectacular shows and they met so many vendors. There were very few vendors that made an impact large enough for us to remember, but Memory Lane was one of the vendors that stuck with them. “We ended up finding the Memory Lane booth in the back of the show and had a great experience discussing our upcoming wedding with the gentlemen working the booth. We ended up scheduling a meeting with John and were so pleased to hear him talk about the company. His passion for what he does and what Memory Lane does is so contagious that we were excited to go home and watch every possible Memory Lane Video we would find. The quality of work that we saw was incredible. Both of those put together made us honored book Memory Lane to be a part of our wedding crew.” Jessica and Duane stated about choosing Memory Lane Video as their videography company.

“The day of our wedding I mostly admired the fact that I had no clue they were there. The team was very nice when we first met and then it seemed like they just sunk into the background. I was very nervous that I would be camera shy, but they were so stealthy, I felt completely comfortable with them.” The couple wanted to have a meeting with all the vendors at the venue a couple of weeks before our wedding day. According to them, “John was more than willing to come and look at our venue. He was very friendly with our other vendors. That meant a lot that everyone could work together so smoothly. We spent a lot of time looking online at videographer’s websites and wedding promo videos. We ended up crossing a lot of companies off our list due to video quality. When we watched videos from Memory Lane, we were very impressed with the production. Everything we saw was done in the proper timeline and it seemed like a movie. It really seemed that Memory Lane captured the love story that a wedding is supposed to be. Most of the other companies only seemed to make a video of events that were captured. But Memory Lane really seemed to put a lot of effort into telling the proper love story of the couple. In my opinion, video and photography are the two most important vendors when planning a wedding. The way I see it is, if something goes wrong with our caterer, we can always order something to get our closest friends and family fed.” Jessica goes on to state that the day is about the love that the couple feels for one another. “When we are done with our wedding and starting our ‘happily ever after’ we will be anxiously awaiting our photos and videos. If those photos or videos come back any other way than what was expected, it would be so devastating. There is no fixing it on the fly, we can’t go back and retake photos or videos. To have our memories preserved the way we want them, it’s priceless. Memory Lane seems to be the top in this business and I wouldn’t put all that trust and faith in anyone else. So far, Memory Lane has given us what we expected, we are not nervous to get our full video, we are excited!” 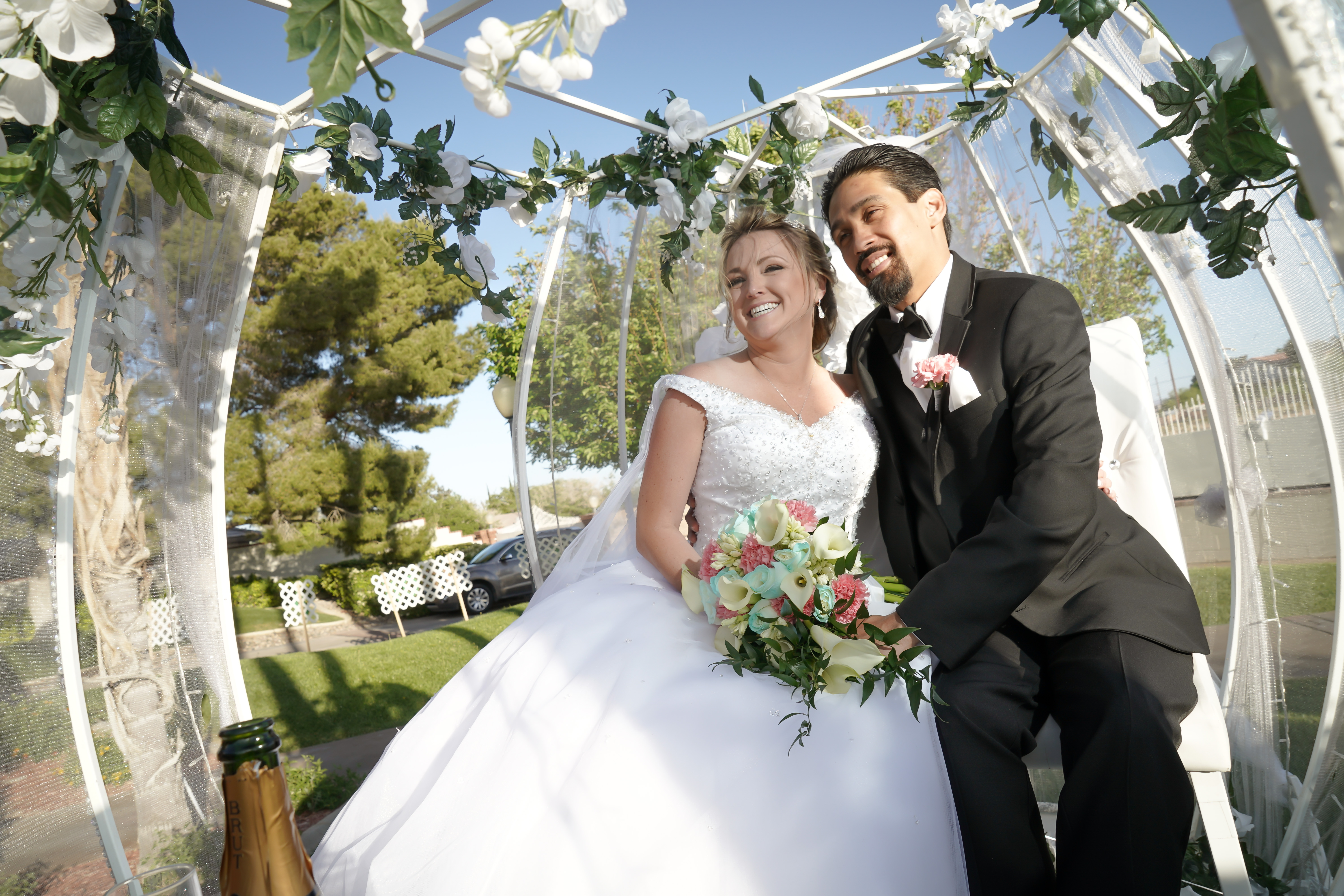